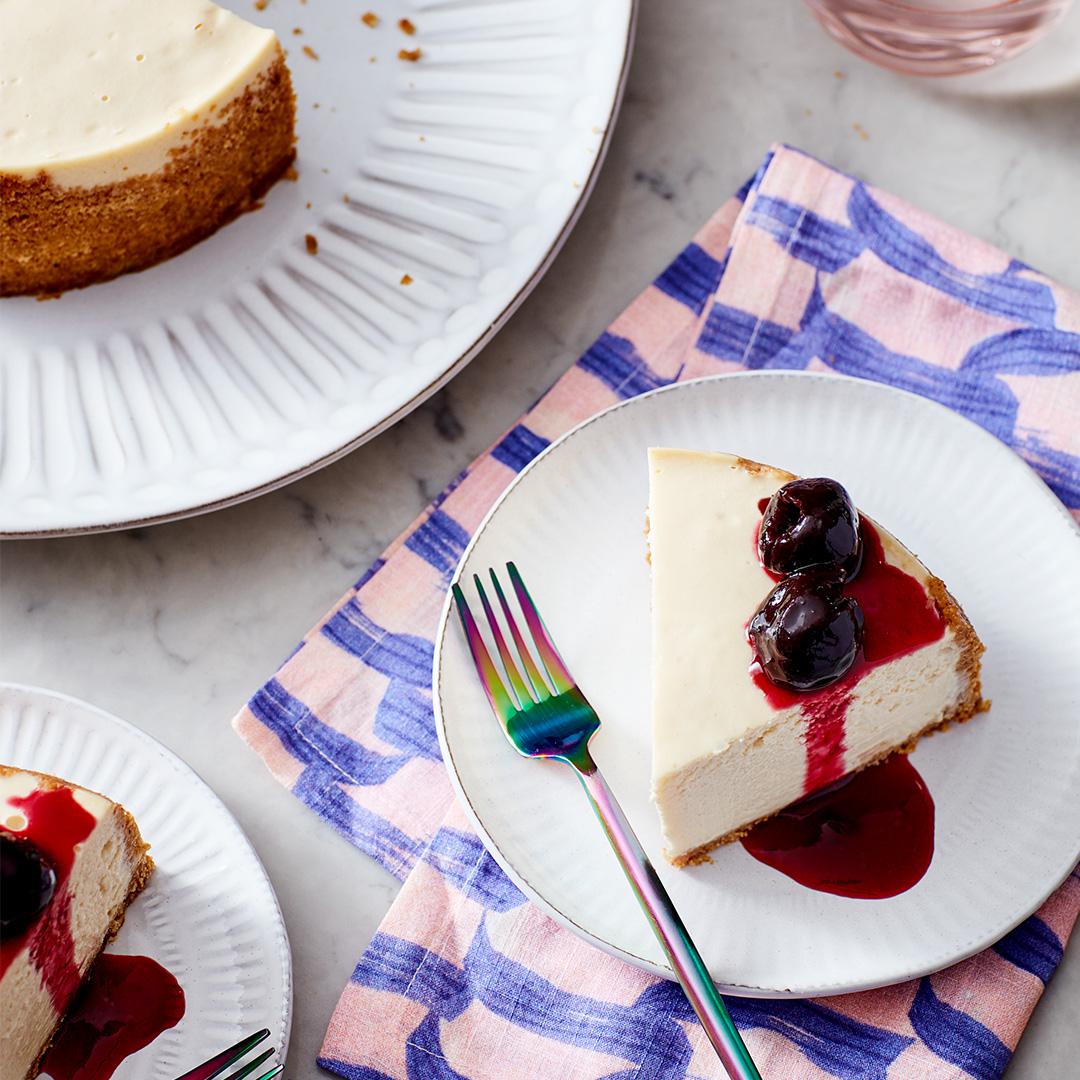 If social media is to be believed (does Facebook lie?), cheesecake is one of the first things people make in their Instant Pots. We’ve seen a lot of techniques over the years — and written a lot of pressure-cooker cheesecake recipes, too — and we can tell you we heartily don’t get why people tend to overcomplicate what can be a fairly simple process for a rich, mousse-like (not New York–style) cheesecake. First, don’t cover the cheesecake. True, it can get a drop or two of moisture on top. You can blot these off with a paper towel when you open the lid. A cover on the pan gets in the way as the batter rises. You end up with a top that’s partly fused to the foil, often a mess. Second, never use the quick-release method — which instantly brings any liquid left in the cheesecake to a near boil even after the cake has mostly set, resulting in bumps and cracks. Instead, use a natural release for a better texture, set, and look. Finally, cook the cheesecake only on HIGH pressure, not MAX, which is too aggressive for a successful cheesecake.