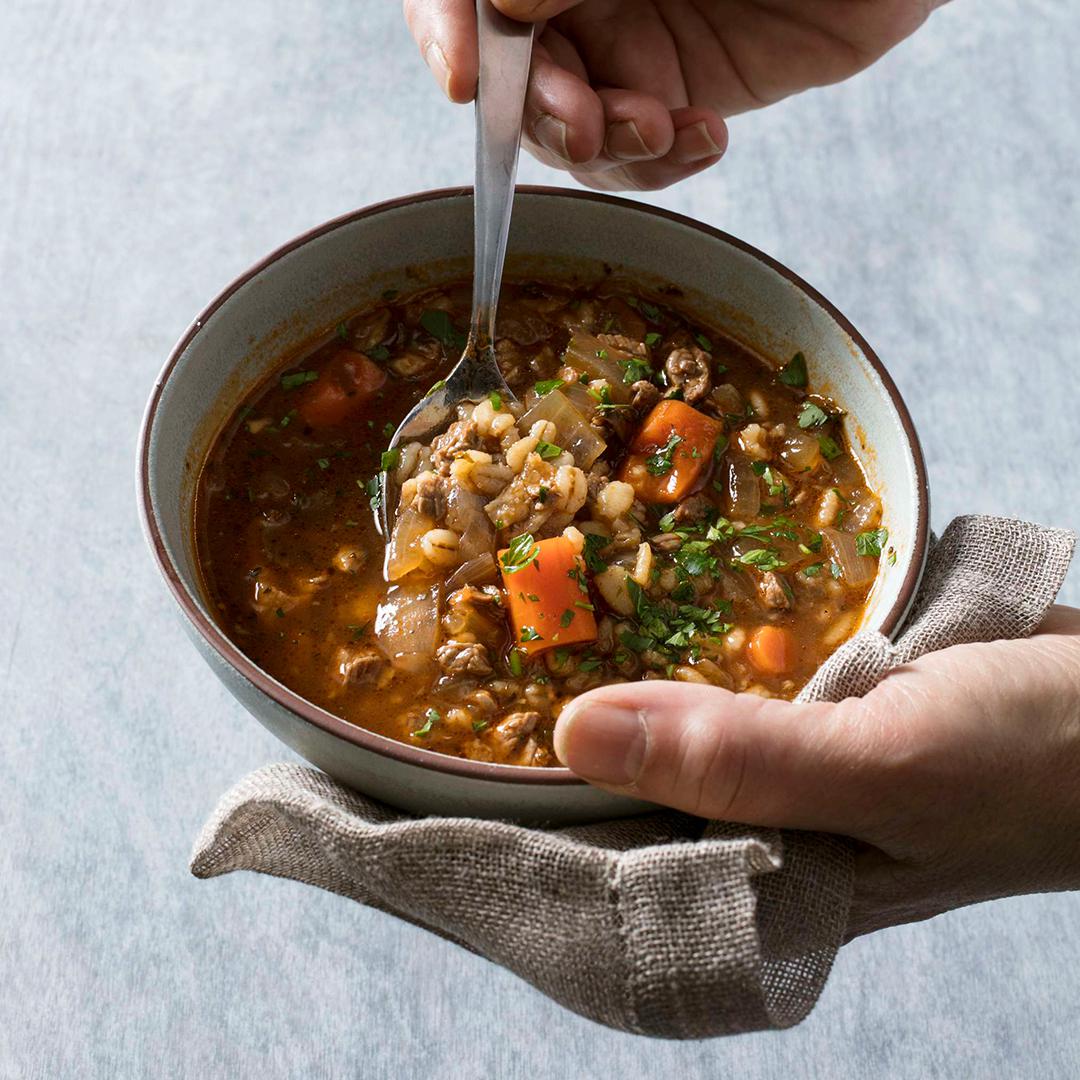 This soup is hearty enough for dinner, so the idea of making it in the blender held great appeal. First, we focused on building a beefy broth without browning the beef in a skillet to create a fond that would infuse the soup with flavor when deglazed. Instead we turned to a potent combo of umami-packed mushrooms and tomato paste plus onion and garlic, which we bloomed in the microwave. Our base assembled, we simply added it to the blender along with beef broth, soy sauce (a test kitchen trick for adding beefy flavor), and chopped carrot for vegetal sweetness. We selected the chunky soup program because we knew we’d want to add thinly sliced beef after the preheating phase so it would cook through but not become pulverised. We used top sirloin because it is so lean and did not make the soup greasy. For the barley, a judicious ¼ cup of quick-cooking barley fit the bill and we added it along with the beef. Be sure to use quick-cooking (sometimes labeled “quick-cooking pearled”) or pre-steamed barley, which has been partially cooked during processing to reduce its cooking time.