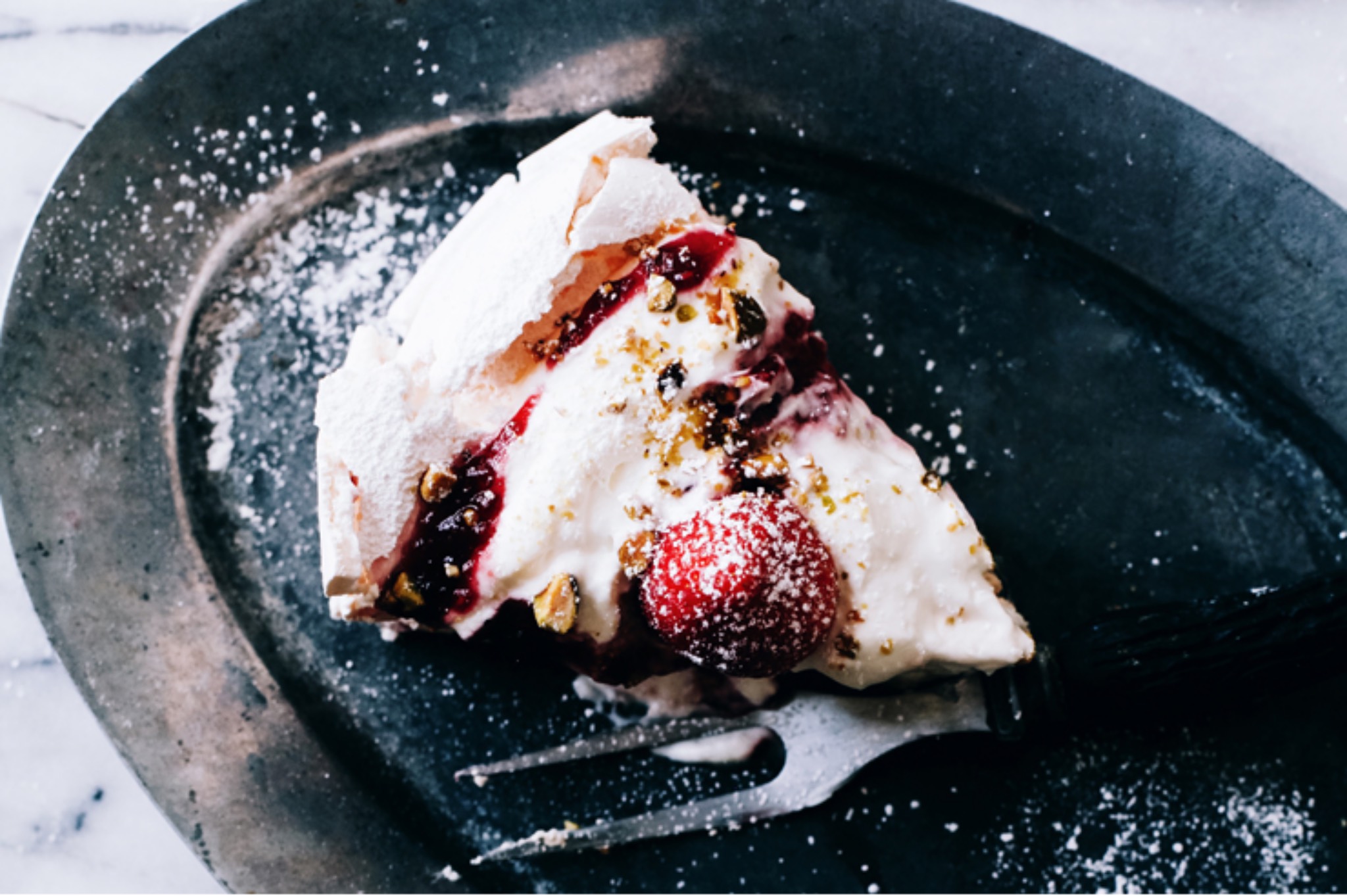 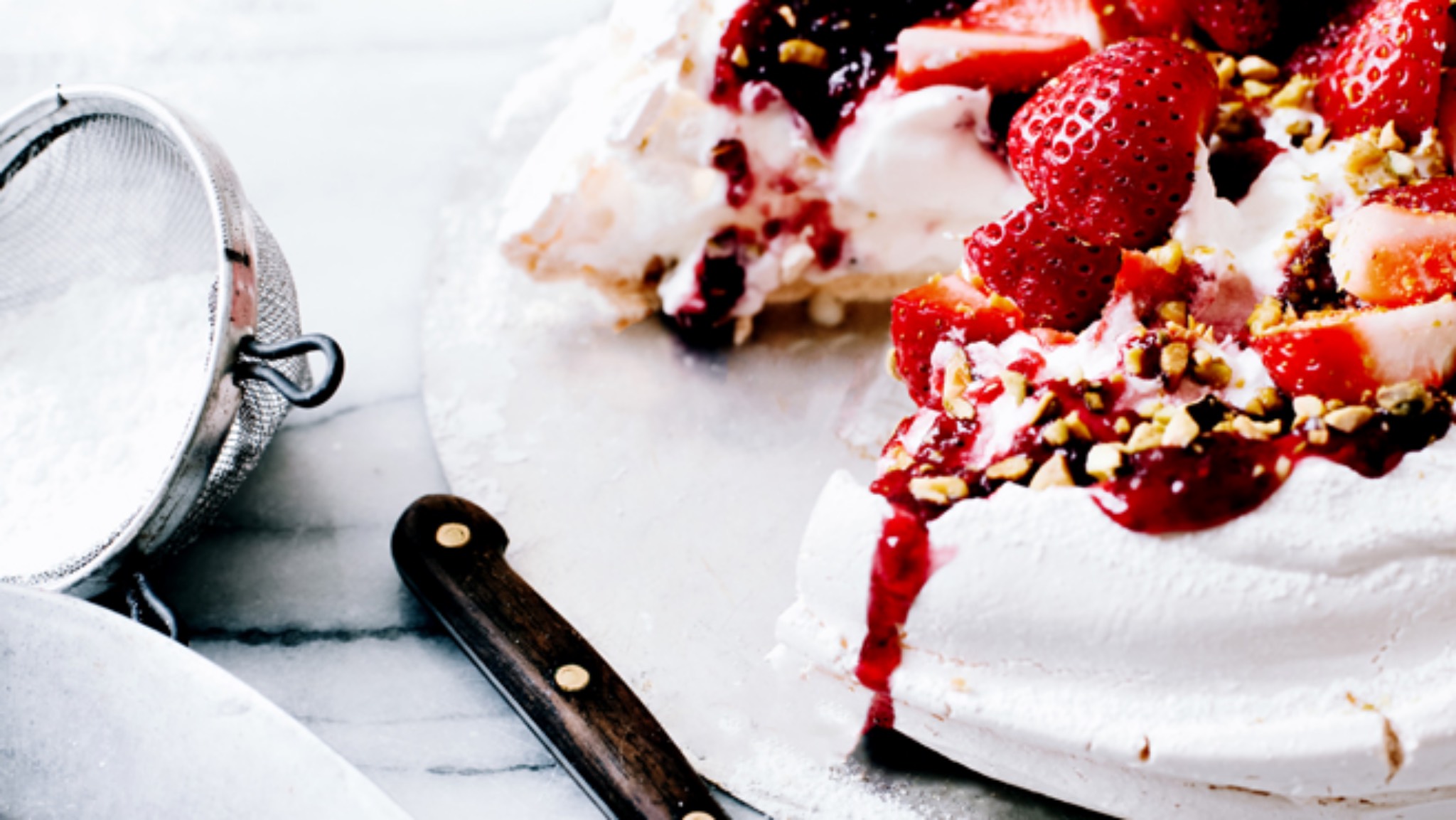 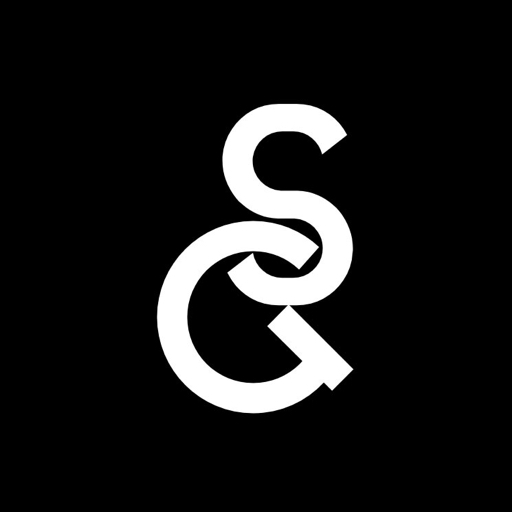 This pavlova is as classy as the ballerina for whom the dessert was named, and it’s fit for any occasion. The outside of the pavlova meringue is slightly crisp, but its inside is soft, marshmallow-like, and as billowy as the whipped cream used to top the confection. To those not fluent in pav-making, it might seem rather unusual to add vinegar (you won’t taste it, I promise) to a decadent dessert, but it’s this tiny bit of acid that keeps the inside marshmallowy and the outside nice and crisp. Once cooled, don’t be alarmed; the pavlova is meant to be sunken and cratered— that’s what adds to the beauty of it— anyway, it’s all going to be covered in the finest accoutrements. Here, I’ve covered the top with a duvet of billowy whipped cream, a casual spiral of raspberry jam, several handfuls of strawberries, and a smattering of coarsely chopped pistachio nuts. However, feel free to dress your pavlova to your tastes. Meringue making does require a bit of man-power and some patience, so be sure to use a clean bowl (avoid anything copper) and some form of electrical assistance— either a handheld mixer or a stand mixer— to make the process easier.